The challenge of water management in Thailand 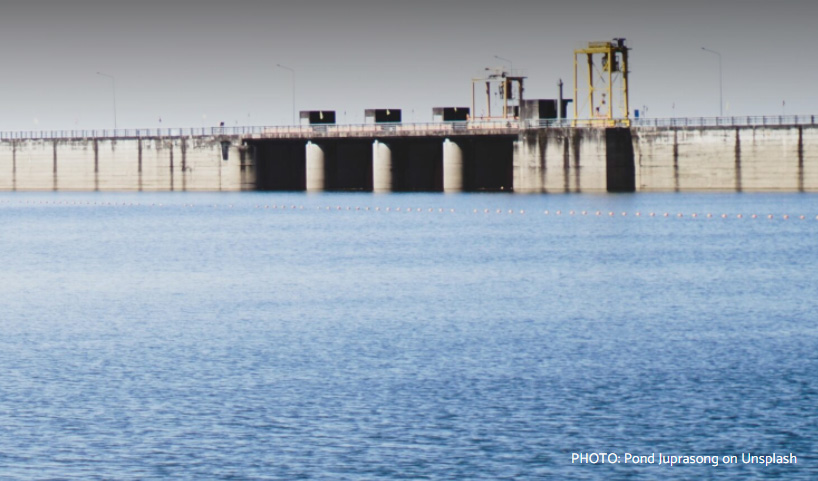 PAKAMAS THINPHANGA
Water management is becoming increasingly complicated in Thailand thanks to surging demand and urbanisation and the problem is being compounded by outdated systems, Pakamas Thinphanga writes.

As Tropical Storm Conson slowly moved towards the South China Sea, its effects were felt in Thailand.

Many breathed a sigh of relief, welcoming much needed rain to fill up the country’s critically empty reservoirs after last year’s drought – the worst in 40 years – and the late arrival of the rainy season in 2021 diminished water supplies.

A couple of days before the intensifying storm made landfall, irrigation authorities began to discharge water from brimming dams to allow room for the coming rain, adding further misery to those on saturated floodplains.

Water management challenges in Thailand are becoming increasingly complex due to growing demand, rapid urbanisation, land use change, and outdated urban water systems and irrigation infrastructure, reinforced by the consequences of a changing climate.

This dramatic oscillation between flood and drought is occurring more frequently, and these recurring water crises reflect a failure to understand the compounded issues of urbanisation and climate change.

Thailand is facing problems managing the complex social-ecological-technological systems in water management – from weather forecasting and climate projections through to decision-making for equitable water distribution and just flood mitigation measures.

The unprecedented flood disaster in Ban Phai, a rapidly urbanising district in Khon Kaen province of northeast Thailand is a case in point.Local governments are ill-prepared for making decisions on water management. Claims such as ‘It’s a once-in-a-century-event’ and ‘…we won’t see it again in this lifetime…’, are a common from local authorities, highlighting a lack of understanding of how climate change will affect rainfall, storms, and seasonal patterns, and that once-in-a-century-events are occurring more regularly.

In 2019, warnings were issued for heavy rain when a Category 3 Tropical Depression Podul was approaching Ban Phai.

The municipality and its villagers did not believe the warning and refused to evacuate, because Ban Phai had never flooded before. Four days before the arrival of Podul, the municipality was struggling to supply water to the villages.

In the last decade, Thailand has suffered from the worst flood and drought crises in its history. Climate change is continuing to intensify the water cycle and extreme weather, meaning more intense storms and extreme water-related events can be expected.

According to the Global Climate Risk Index 2021, Thailand ranks ninth on the list of countries most affected by extreme weather events in the last two decades. One of the largest events in history was the 2011 flood disaster, when over 2,000 factories in all five industrial estates located in the central low-lying floodplains were inundated. This year marks its 10th anniversary.

The 2011 flood disaster exposed the persistent problem of urban planning and land use control, and the ineffective decision-making capacity in to regulate large-scale water and irrigation infrastructure under conditions of uncertainty. However, it was the informal settlements along canals who got the blame, apparently for blocking water flows and drainage.

This hasn’t been desirable though. Ignoring the core principles of integrated water resources management, which require local participatory planning and action based on local knowledges and understanding of water-related issues, the agency mostly just focuses on mega-projects.Ten years on, there have been some questionable policy responses to water resources management and urban planning. The recent restructuring, to ‘streamline’ water-related mandates and reduce the redundancy of more than 40 agencies across seven ministries, has led to the establishment of a centralised, single command agency for water management.

It is simply building more dams and large-scale irrigation, and short-term mitigation measures such as digging artesian wells. This ignores increasingly complex climate, water and land use challenges that need addressing.

Also, the development of new special economic zones and economic corridors in climate sensitive and risk-prone areas is being accelerated through the implementation of the Thailand 4.0 strategy and recent urban planning policy reforms.

With ambitious plans to lift the country out of the middle-income trap, the new urban planning policy is set to speed up construction of large-scale transport infrastructure, such as high-speed trains. It also looks to support investment and development in economic and industrial zones, but this comes at the expense of reducing public participation and consultation processes.

Tropical Storm Conson, severe flooding, and the COVID-19 crisis have been at the forefront of the government’s mind, and the impacts of the pandemic have led the government to adopt the term ‘resilience’ for the first time.

However, despite the rhetorical commitment of the government to reduce poverty and inequalities and ‘leave no one behind’, the needs and livelihoods of local communities are still being neglected. Ignoring their issues will further contribute to increasing vulnerabilities and inequalities of many communities, particularly marginalised groups.

COVID-19 has prompted many countries to rethink their urban futures, but Thailand’s government urgently needs to demonstrate that it will do so in a way that supports an inclusive and equitable recovery, both from flood events and the pandemic, if its promises of a better future for all are to be fulfilled.

This article is part of Policy Forum’s In Focus: Developing Asia section, which brings you analysis from experts on the policy challenges facing the region in the wake of the COVID-19 pandemic.

Pakamas Thinphanga is a Project Director at the Thailand Environment Institute Foundation, where she leads the Strengthening Urban Climate Governance in Thailand Project.