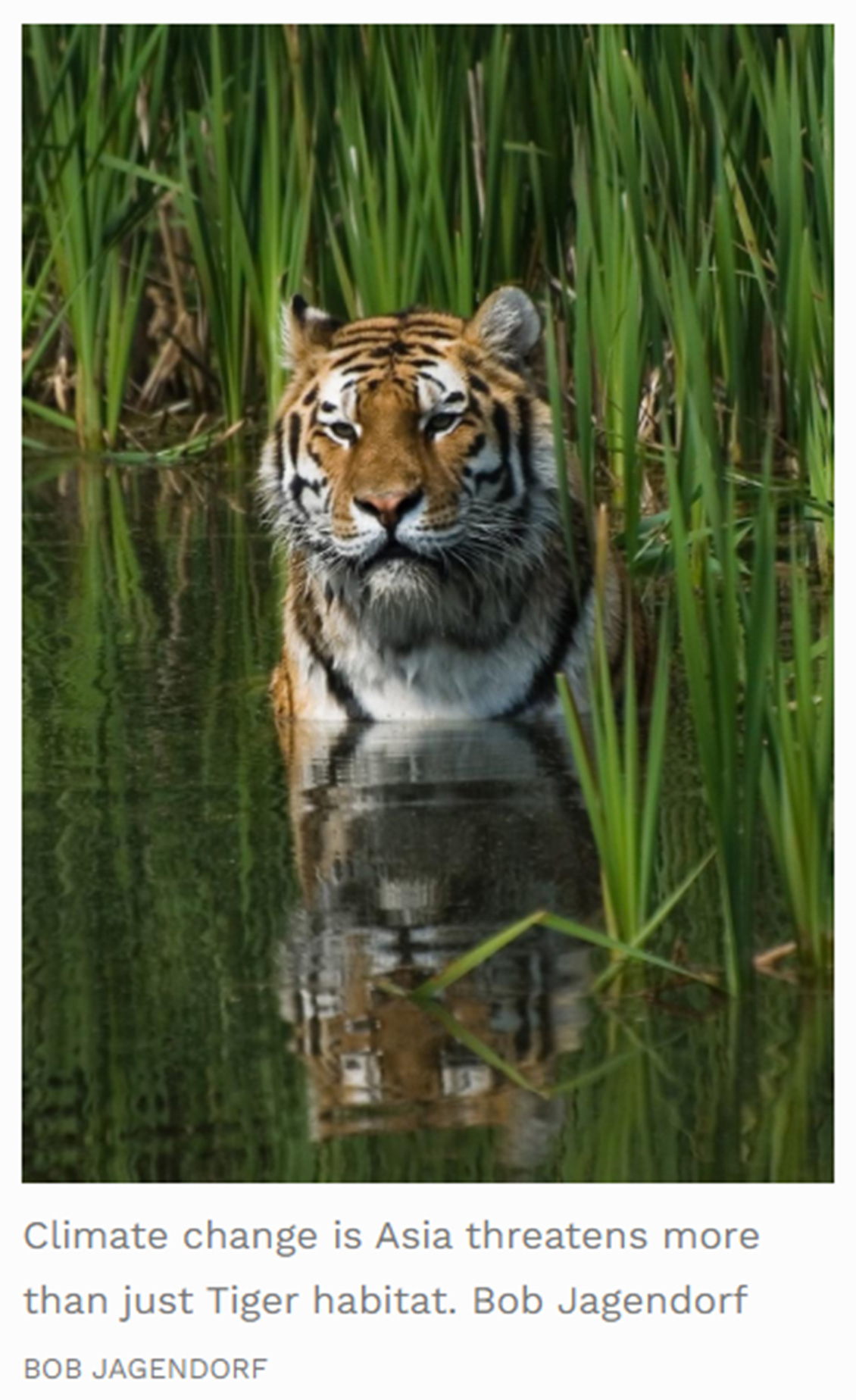 After reading McKinsey & Company's Climate risk and response in Asia report, I had to revisit my ideas of who gets hit hardest by climate change. It shouldn’t be surprising - Asia has more people in coastal cities than all other cities in the world combined. So sea level rise and severe weather will affect more people there than anywhere else.

By 2050, parts of Asia may see increasing average temperatures, lethal heat waves, extreme precipitation events, severe hurricanes, drought, and changes in water supply (see figure below). The Asian GDP that is at risk from this warming accounts for more than two-thirds of the total annual global GDP impacted.

The report found that countries with lower levels of per capita GDP, described as Frontier Asia (Bangladesh, India, and Pakistan) and Emerging Asia (Cambodia, Indonesia, Laos, Malaysia, Myanmar, the Philippines, Thailand, and Vietnam), are most at risk from the impacts of climate change.

Temperatures increase dramatically in Asia if nothing is done. Note temperatures are in °C not °F.

However, risks to infrastructure and supply chains will increase in these countries because of more frequent extreme precipitation events and typhoons in many areas, something that is particularly important given China’s role in global supply chains.

Warming dramatically affects what's known as Natural Capital. Glacial mass will fall by up to 40%, fishing yields could drop by half, and 90% of coral reefs will degrade severely by 2050.

McKinsey & Company's report outlines ways to approach this huge problem. They note that, fortunately, Asia is positioned well to address these challenges and capture the opportunities that come from effectively managing climate risks – if they decide to. Many countries in Asia are only now building out their infrastructure and urban areas. This provides the region with a chance to ensure that what goes up is more resilient and better able to withstand the heightened risks of climate change.

At the same time, key economies in the region, such as China and Japan, are leading the world in technologies, from electric vehicles and renewable energy to nuclear power, that are necessary to adapt to and mitigate climate change.

Areas that need to be focused on include natural capital, diagnosing the problems of each region, protecting people and assets, building resilience, and reducing exposure. Relocating millions of people is drastic, but Indonesia decided in 2019 to relocate the country’s capital from Jakarta because of its expected submergence by mid-century.

Measures to protect people and assets include hardening assets such as reinforcing or elevating physical assets and infrastructure, building green defenses such as restoring natural defenses like wetlands and ecosystems, and building gray defenses that reduce the severity or duration of climate events such as disaster relief community shelters.

As just one example in the report, Kuala Lumpur experiences frequent flash flooding. The Malaysian government has introduced flood controls by increasing river channel capacity, building a highway tunnel, and channeling water to holding ponds. The entire project provides storage for three million cubic meters of water, sufficient to offset most of the flooding in a typical year.

Apart from asset hardening, the resilience of assets and communities can be enhanced and diversified by increasing alternate and backup sources or decentralizing resource distribution.

As an example of this in the report, pressure on water systems and frequent droughts in the rural communities of Yunnan and Guangxi provinces in southwest China over the past ten years, have led to significant crop losses. So one project helped farmers develop new maize varieties that are better adapted to drought and pests.

As glaciers have shrunk in the Himalayas, their declining annual melting water supply to irrigate fields in the Ladakh region of India threatens harvests. A solution was devised to store meltwater in huge standing structures, providing irrigation throughout the year.

The financing of adaption measures is particularly important because of Asia’s significant infrastructure needs. To maintain growth momentum, eradicate poverty, and respond to climate change, the region must invest $1.7 trillion a year in infrastructure through 2030, according to the Asian Development Bank. About 2% of that, or about $40 billion/year, is expected to go towards adapting to the climate risks.

But without significant decarbonization, these mitigation efforts will probably fail. Asia contributes almost half of all greenhouse gas emissions. The report discusses shifting from coal to renewables, including a combination of solar and wind power plus battery storage as well as payments to coal asset owners for retiring their assets before those assets reach the end of their lifetime.

They suggest decarbonizing industrial operations, advancing carbon capture and storage and bringing up green-hydrogen using renewables to split water. Yes, costs are falling for all the technologies needed, but the anticipated pandemic-caused economic recession is going to slow these even more.

These strategies have not been very effective in the world so far, and they require enormous amounts of energy. The amount of renewables needed to meet these goals would take more steel than China produces now for everything, and that’s not including installing renewables to produce green hydrogen to decarbonize steel production.

Which brings us to the major deficiency in this report - there is no discussion of nuclear power. China is building serious nuclear capacity, breaking ground on a new site every two months or so. China expects to have a 100 GW installed by 2040. India is coming up more slowly.

Which is important. The world’s top climate scientists, including Dr. James Hansen, Dr. Tom Wigley, Dr. Ken Caldeira and Dr. Kerry Emanuel, have all declared that we cannot decarbonize in time without major nuclear expansion, at least as much as we envision wind expanding. Even the Union of Concerned Scientists says we need nuclear to address global warming.

Two of China General Nuclear's third-generation Hualong One reactors recently connected to the grid, and their design has received European Utility Requirements certification. China is determined to export them to countries in their One Belt, One Road project, China’s ambitious plan to pass America in global political and economic influence, basically a 21st century version of the 2,000-year-old Silk Road.

Nuclear power is essential to decarbonizing various industrial sectors and for desalination, as well as providing the bulk of electricity to the 2 billion fully electric vehicles that Asia will need to decarbonize their transportation sector. And that assumes renewables come up with the 4 trillion kWhs needed to replace most fossil fuel and meet the growing energy needs required to eradicate global poverty.

Leading Asia through the hardships of a warming world is an enormous goal, but one that needs to be accomplished just as much as leading the rest of the world does to that same goal.

James ConcaContributor
Energy
I write about nuclear, energy and the environment
By Forbes | https://www.forbes.com/sites/jamesconca/2020/11/30/climate-change-hits-asia-hardest/?sh=36e8d7b230aa